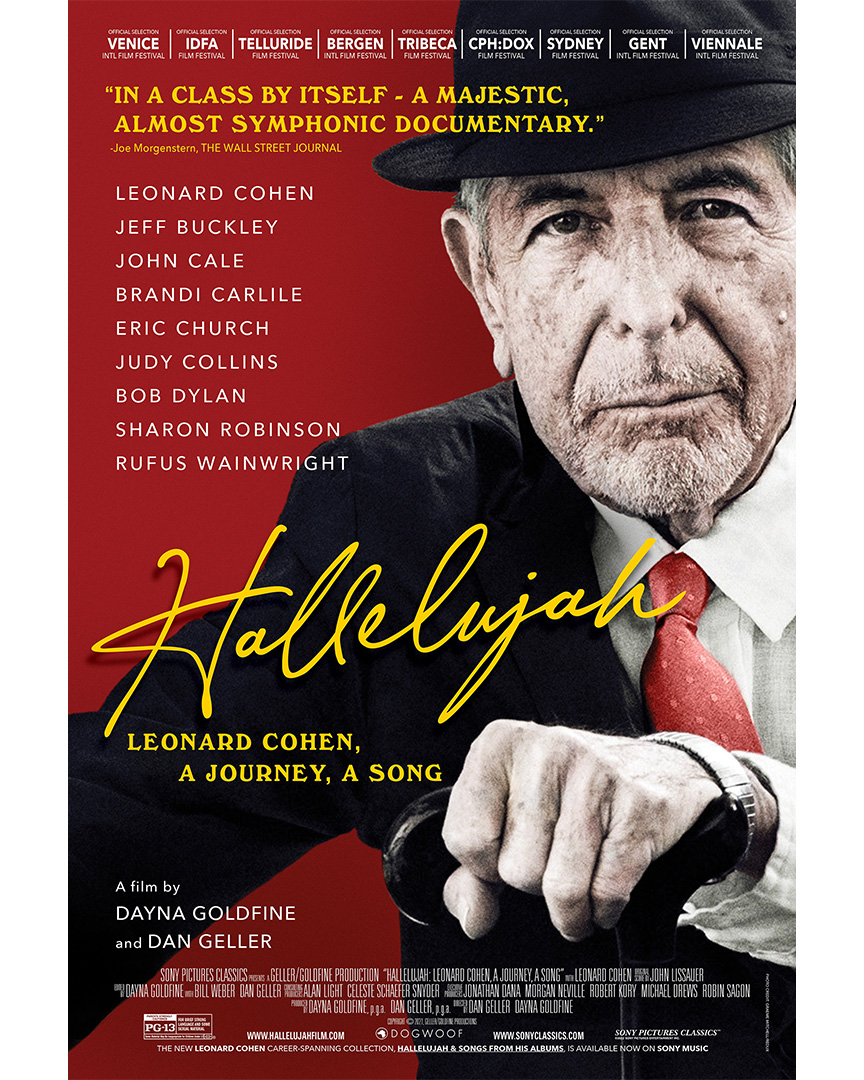 HALLELUJAH: LEONARD COHEN, A JOURNEY, A SONG is a new musical documentary

The 2022 film will screen one night only at the Rosendale Theatre; the date marks what would have been the late Cohen’s 88th birthday.

HALLELUJAH explores the life and work of Cohen, focusing on the creation of his best-known

composition, which took nearly seven years to complete. It was initially rejected by the record

company. This feature-length documentary explores Cohen’s creative life and his times, the

recording artists for whom the song “Hallelujah” has become a personal touchstone.

you the best in musical concert films, documentaries and biopics, as well as live concerts.

Covid Policy: Rosendale Theatre requests that masks be worn inside the theatre unless

you are at your seat eating or drinking.