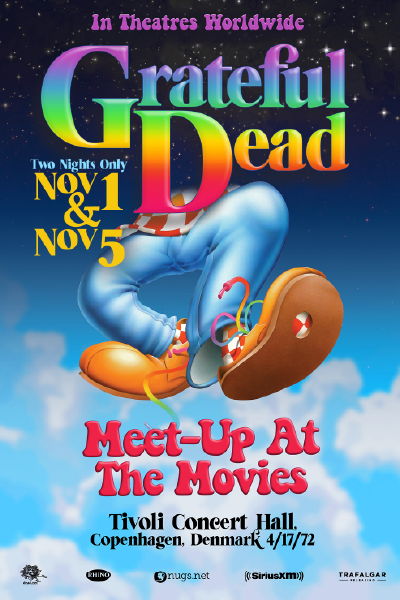 Rosendale Theatre is sending a shout-out to Deadheads everywhere!

“Grateful Dead Meet-Up 2022” is a special 50th anniversary screening of the Grateful Dead’s iconic gig from Copenhagen, Denmark, on Apr.17, 1972. The performance was part of the band’s legendary Europe ’72 tour.

This ground-breaking concert broadcast event was the Dead’s first major live concert broadcast anywhere, and a first in Danish television history. The Rosendale Theatre screening has been fully restored and color-corrected in High Definition with audio mixed from the 16-track analog master tapes.

The show’s many highlights include magnificent versions of “China Cat Sunflower,” “I Know You Rider,” “Big Railroad Blues,” “Truckin’,” the first live performance of “He’s Gone,” and new songs “Ramble on Rose,” “Jack Straw,” and “One More Saturday Night.” Pigpen, on what would prove to be his last tour with the Grateful Dead, performs three songs, including “Hurts Me Too.”