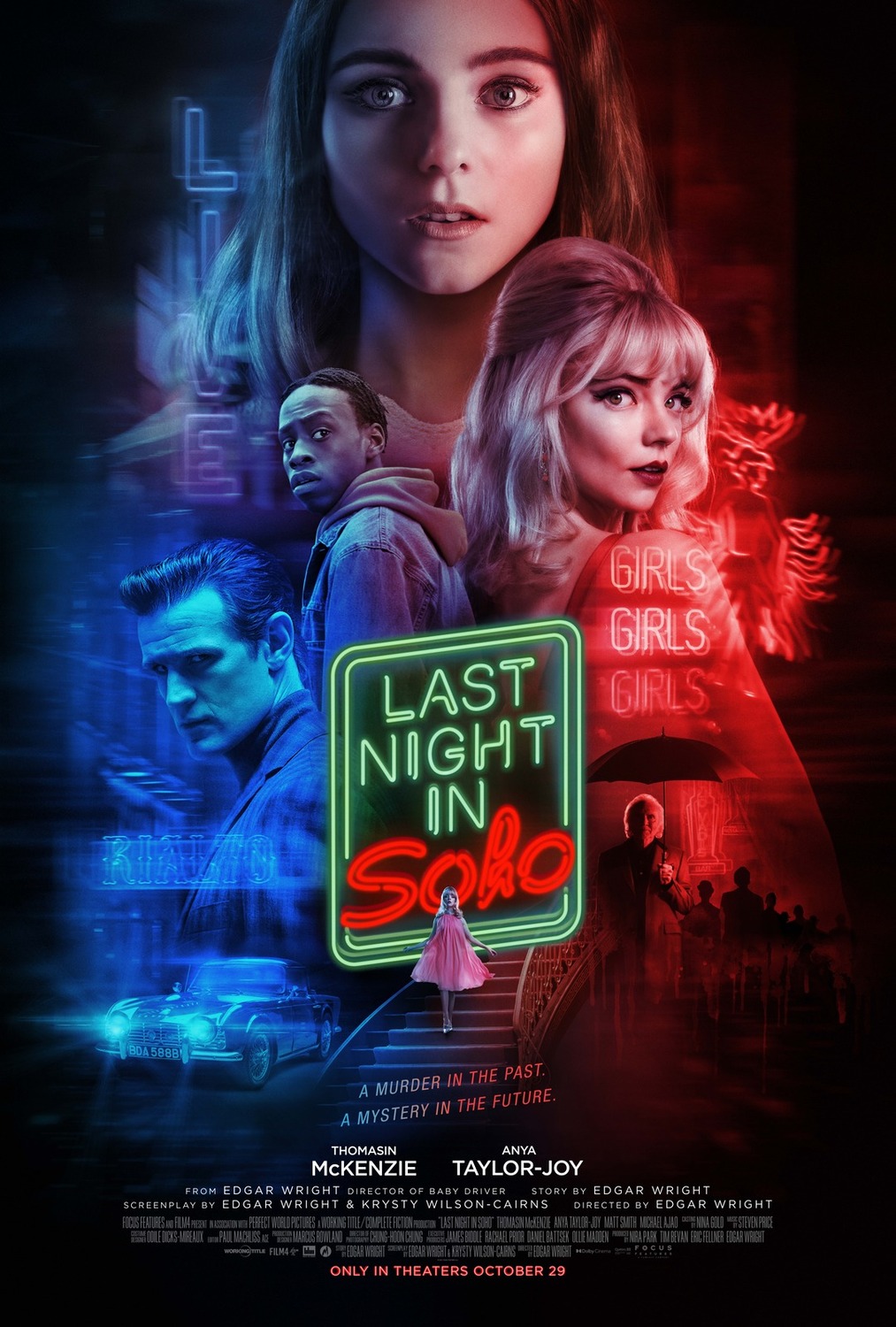 In acclaimed director Edgar Wright’s psychological thriller, Eloise, an aspiring fashion designer, is mysteriously able to enter the 1960s where she encounters a dazzling wannabe singer, Sandie. But the glamour is not all it appears to be and the dreams of the past start to crack and splinter into something far darker.
Directed and written by Edgar Wright. Starring Thomasin mcKenzie, Anya Taylor-Joy, Matt Smith, Diana Rigg.

“It gets a bit creepy, but take advantage of it being in theaters…”
tt stern-enzi, WXIX-TV (Cincinnati, OH)

“An insane thrill ride told through a neon 60s lens… With a killer soundtrack, incredible performances and legitimately surprising twists and turns, this is one of my favorite flicks of 2021.”
Dave Lee, Down Under

“Wright warns against idealizing an era just as ripe with rot and degradation as the present, but his point also has more nuance than pointing out the obvious failings of a less enlightened time.”
Charles Bramesco, Inside Hook