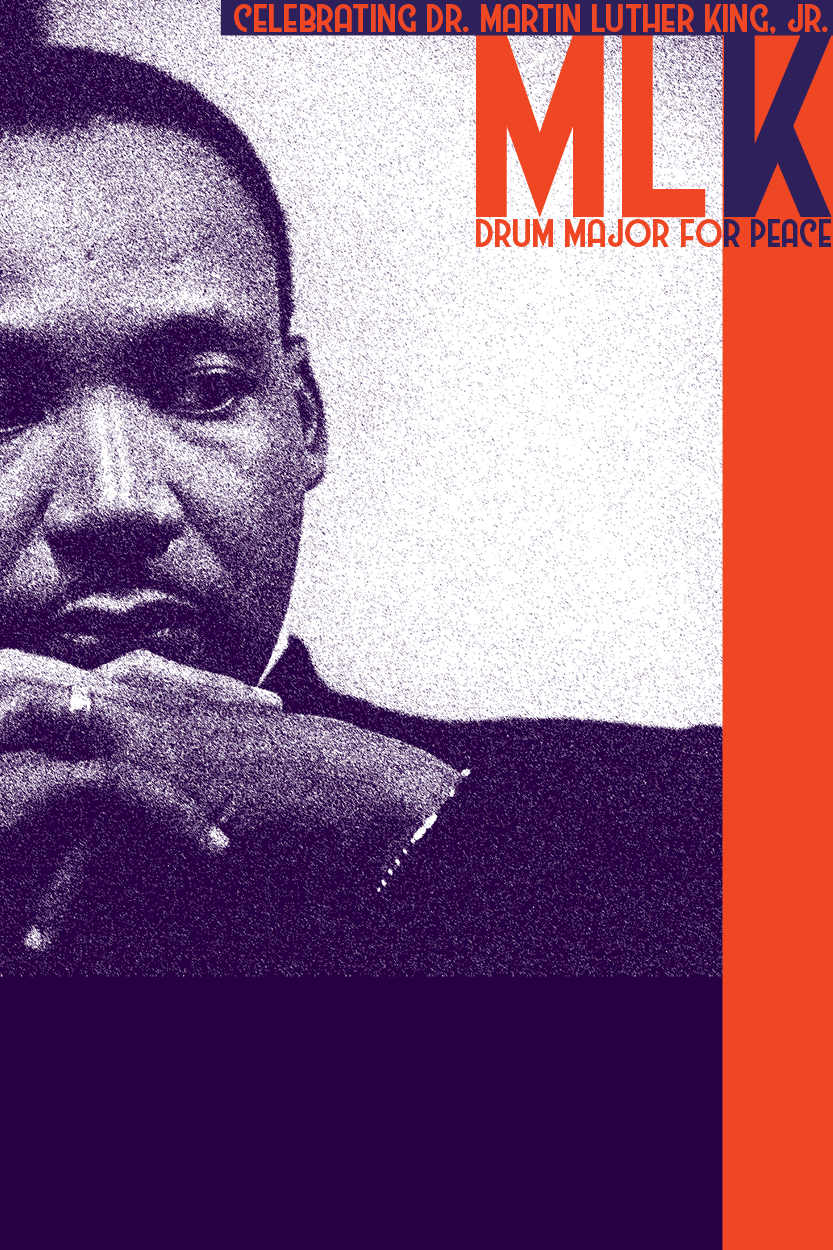 The Rev. Dr. King lived an extraordinary life, cut tragically short on April 4th, 1968. The world has changed greatly since then, but his words are no less poignant than they were the day he spoke them. Join us as we pay tribute to his legacy with a multimedia event featuring spoken word, song, dance and film.

Our program will open with a reinterpretation of Dr. King’s speech “The Drum Major Instinct” which he preached on February 4th, 1968, from the pulpit of Ebenezer Baptist Church, just two months before his April 4th assassination. Presented by Rev. Evelyn Clarke, who will be accompanied by master drummers Ubaka Hill and Fre Atlast, as Faith Rodriquez of Energy Dance Company performs choreography by Lisa Brown from The Center for Creative Education.

Next up will be Ralph M’Vore, a lifelong resident, multi-talented entrepreneur, and social creative powerhouse of the City of Newburgh. For over two decades, Ralph has been beloved by his community and renowned for his talent, optimism, and willingness to educate and serve. Artistically, Ralph is a recording artist, songwriter,  choreographer, composer, director, and producer. He is the Founder/Artistic Director of MVORE INC., and Safe Harbors of the Hudson’s first Artist-in-Residence for 2023.

After a short break, the event will conclude with a screening of “Soundtrack for a Revolution”. This documentary tells the story of the American civil rights movement told through its powerful music – the freedom songs that protesters sang in picket lines, mass meetings, police wagons, and jail cells as they fought for justice and equality. A unique mix of historical documentary and contemporary musical performance, the film features new performances by top artists including John Legend, Joss Stone, Wyclef Jean, and The Roots, riveting archival footage, and interviews with civil rights figures, including Congressman John Lewis, Harry Belafonte, Julian Bond, Andrew Young and dozens more.

This program is presented with the generous support of NYSCA