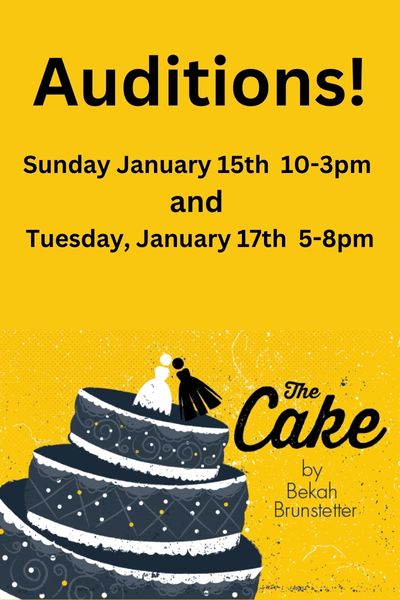 Auditions will be held on Sunday January 15th from 10-3pm and Tuesday, January 17th from 5-8pm at the Rosendale Theatre 408 Main St Rosendale, NY.

The show will be directed by Ann Citron

Della’s North Carolina bakery is legendary! She is overjoyed when her best friend’s daughter returns from New York to get married and asks Della to make her wedding cake. Della, a sweet-natured Christian, is forced to re-examine her deeply-held beliefs and her own marriage when she realizes there is not one bride, but two. Faith, family, and frosting collide in this timely new play by Bekah Brunstetter. This play is a surprising and sweet take on a modern-day controversy, steeped in humor and warmth.

JEN – early thirties, with a wedding binder, has dreamt of her wedding day her whole life, white

Age requirements are not firm. Please do come even if you are not within the stated ages. Thanks!