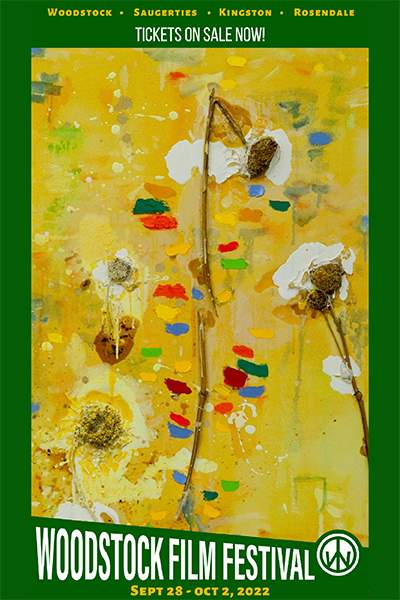 While ostensibly a film about PTSD, Mending the Line is really a story about finding something to make living worthwhile. John Colter (in a breakout performance by Sinqua Walls) has a seemingly familiar story: a wounded veteran returns to the states still carrying the demons of war, hauntingly disturbed by the everyday expectations of friendships and love interests. However, that tale plays out in truly unexpected fashion as he finds himself in Livingston, Montana, confronted by Ike (Emmy winner Brian Cox/Succession) a surly, headstrong fly-fisherman more than twice his age, and damaged in his own way. While getting treatment for his wounds, both physical and psychological, Colter wants only to re-enlist, to have something to die for. But Ike sees the real challenge as finding something to live for, pushing this compassionate film toward much wider questions of responsibility and forgiveness…and love. – Ben F. Fischer

Livestream your kinky role-play encounters? Forgo “struggling actress” for social media celebrity? Risk it all for a touch more fame?  Jess Peters (Dani Barker), “J Peeps” to her growing legion of followers, does just that when she encounters a screenwriter looking for a woman to help him flesh out the female lead of his new movie. In this mind-tease of a psychological thriller, Jess is drawn into a story-within-a-story whose potentially deadly ending may well cross the line between movie role and real life. Barker brings a vibrant but knowingly wary tone to Jess, having previously created and starred in a real-life digital series of her own. And with an assured feature-film directorial debut by Sylvia Caminer, these two women produce a twisty, clever, at times genuinely funny tale that plays out in unexpected ways right down to the final frame. – Charles Blender

When a bitter and frustrated actor loses the gig of a lifetime, he is forced to move back into his childhood home. He then has to choose between continuing to pursue his dream or working a job he doesn’t want. He is empowered when he meets Wild Fall an agoraphobic now living in his old bedroom.