The Filmmakers Series presents Dawn Scibilla, After the Vote

Whatever happened to the suffragists of NY after they got the vote in 1917? The story of their well-organized activism, their many appointments in the Fiorello Laguardia administration, and their success in bringing down the corrupt practices of Tammany Hall is a story told brilliantly by feminist historian Elisabeth I. Perry in her book After the Vote.

Dawn Scibilia, award-winning filmmaker, and Emmy Award nominee, will share clips from her work-in-progress feature documentary, After the Vote, about women in the post suffrage era. Dawn assisted Elisabeth Perry with some of the research on Perry’s book, and Perry was an advisor on the film. Join us on March 30 for a peek at clips from After the Vote, including interview footage of Elisabeth. Learn more about this powerful group of NY heroines at this in-person event and celebrate Women’s History Month at the Rosendale Theatre. 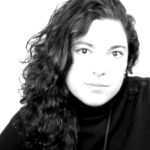