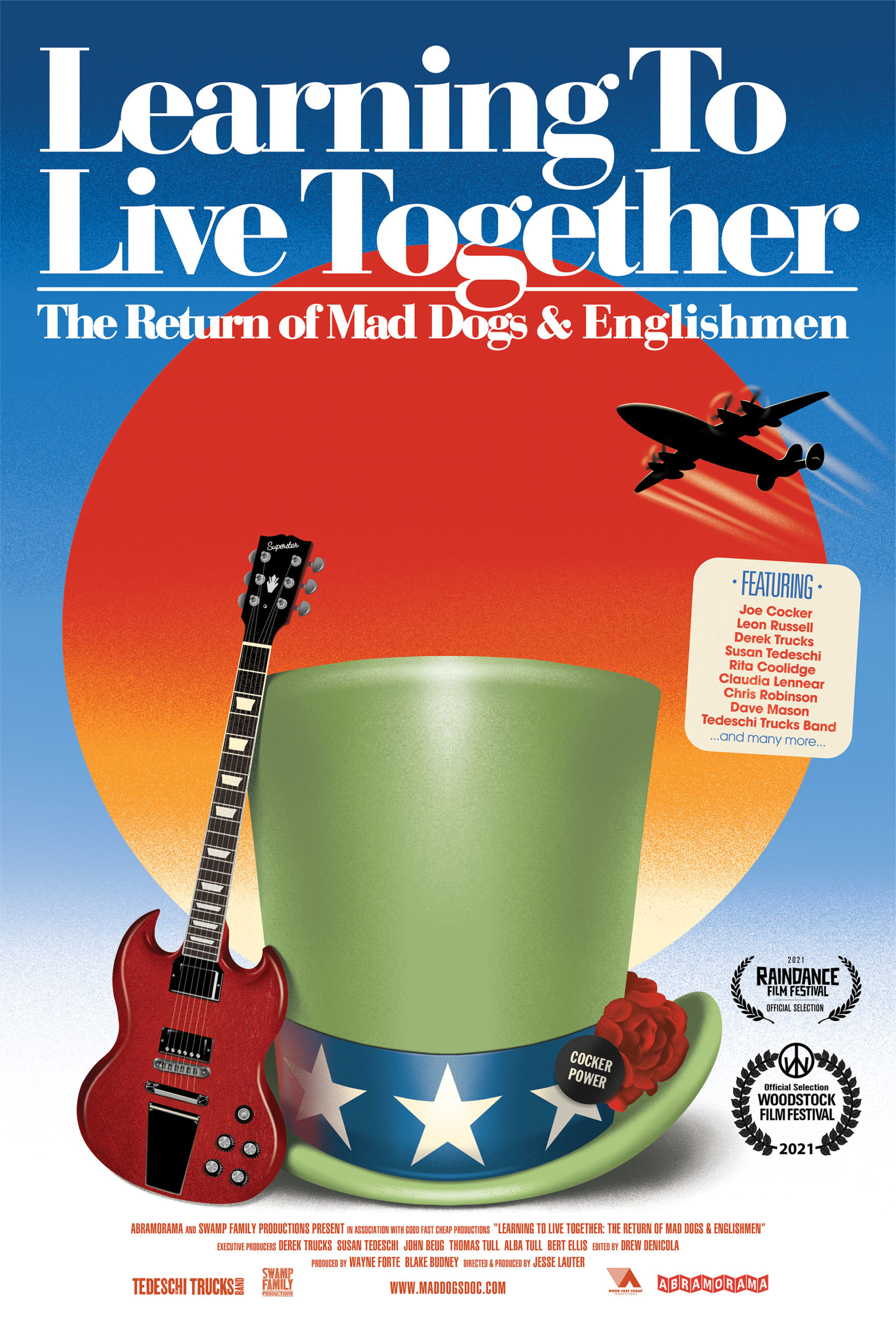 Learning to Live Together: Return of Mad Dogs and Englishmen

A feature-length documentary and concert film spotlighting the reunion of a massive, electrifying thirty-two piece band.

The original “Mad Dogs & Englishmen” documentary is one of the greatest rock films of all time and beloved in the rock-doc canon, but there is still a GREAT mystery surrounding the formation and dissolution of that band.

“Learning To Live Together: The Return of Mad Dogs & Englishmen” not only captures the musical greatness and energy of the tribute show, but it also sheds new light on the outsized myths of the original tour.

THE STORY
The Making of A Legend
In the spring of 1970, Joe Cocker undertook what became the legendary 20th-century musical experiment—a traveling rock & roll commune that crisscrossed the country on a private jet. This meteoric tour came and went over a magical two months and as a one-time-only experience, it developed a mythical status amongst music fans throughout the world. Many attempts have been made to reunite the Mad Dogs, but it was never recreated in any way, shape or form…until now.

“Learning To Live Together: The Return of Mad Dogs & Englishmen” showcases inspired performances from the reunion show, along with an exclusive look at the history of the tour and the last filmed interview with the late Leon Russell. Experience never-before-seen archival materials and commentary from the original members, critic David Fricke and notable fans who attended shows on the original tour.

It begins as a simple reunion but evolves into a raw and revealing portrait of an expansive group of musicians who individually and collectively made significant marks on music history, all conveyed through the stories, sounds and creativity of some of the best rock musicians of the last half-century.