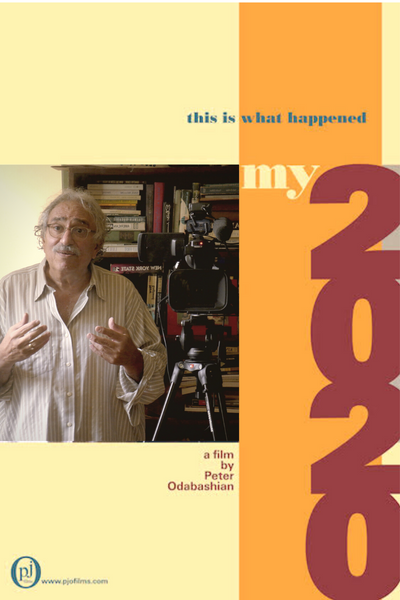 ALTE in association with Celebrating Aging Series presents My 2020

My 2020 turns the lens around to tell the filmmaker’s personal story about what matters most in life. Set against the backdrop of unprecedented disruption, Peter’s mixed-race family gathers to navigate a pandemic, political upheaval, and isolation, together. It’s a touching narrative about aging, love, and the importance of connectedness. 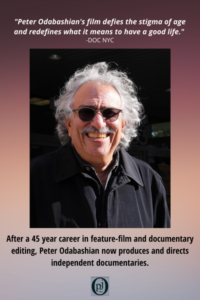 Peter Odabashian has worked in film for over 45 years. He was a sound editor on over 17 feature films from Reds to Carlito’s Way, he’s edited more than 23 documentaries, and he won an Emmy for the documentary, Vote For Me in 1996. Peter became a producer/director in 2004 and started making independent documentaries in 2015. His most recent films are Old Friends (2015), Somewhere To Be (2018), and My 2020 (2021).

ALTE Getting Old Together, is an ongoing literary project with Lawrence Bush, Esther Cohen, Jessica DeKoninck, Wendy Saul, Judith Sokoloff, and friends.  We produce an art and literary magazine, write a regular Alte column on Substack and Facebook, and host a range of events on Zoom and in-person. Join us by writing to altetogether@gmail.com.

Celebrating Aging Series is a unique age-agnostic series that spotlights stories of creativity, imagination, and change. Produced by Caren Martineau, founder of  Bevival.com, programs reveal the importance, wisdom, and power of narrative storytelling.