Creative pairings of current, classic, cult, and documentary films with lively introductions by notable figures from the world of science, technology, and medicine.

Science on Screen® is An initiative of the COOLIDGE CORNER THEATRE, with major support from the ALFRED P. SLOAN FOUNDATION.

Due to the current situation regarding COVID-19 The Rosendale Theatre has temporarily suspended operations in the building. We have modified the Science on Screen Series for online experiences. BRAINS, BRAIN SCIENCE AND BEYOND STUDENTS WATCH FREE. Click here, fill out the form and receive the link.

Modern society sits at the intersection of two crucial questions: What does it mean when artificial intelligence increasingly governs our liberties? And what are the consequences for the people AI is biased against? When MIT Media Lab researcher Joy Buolamwini discovers that most facial-recognition software does not accurately identify darker-skinned faces and the faces of women, she delves into an investigation of widespread bias in algorithms. As it turns out, artificial intelligence is not neutral, and women are leading the charge to ensure our civil rights are protected.

ONLINE DISCUSSION:
JANUARY 27, 7:00 pm: THE FACE (RECOGNITION) OF JUSTICE: WHAT IS ARTIFICIAL INTELLIGENCE (AI)? BIAS IN AI DESIGN AND RACIAL AND GENDER DISCRIMINATION; IF “SCIENCE” MAKES MISTAKES ALONG THE WAY: WHO DECIDES WHAT ACCEPTABLE ERROR IS? The Boy Who Harnessed the Wind

Against all the odds, a thirteen-year-old boy in Malawi invents an unconventional way to save his family and village from famine.

WEDNESDAY, MARCH 24
1. Afternoon discussion (geared towards middle school), HARNESSING THE WIND AND OTHER CHALLENGES FOR MAKING A GREENER WORLD
2. Evening discussion, 7:00 pm, THINKING ABOUT PROMISE: A STORY OF HOPE FROM AN UNDER-RESOURCED NATION The story of a doctor’s extraordinary work in the Sixties with a group of catatonic patients he finds languishing in a Bronx hospital. Speculating that their rigidity may be akin to an extreme form of Parkinsonism, he seeks permission from his skeptical superiors to treat them with L-dopa, a drug that was used to treat Parkinson’s disease at the time.

You can watch recorded events and panel discussions here PICTURE A SCIENTIST chronicles the groundswell of researchers who are writing a new chapter for women scientists. Biologist Nancy Hopkins, chemist Raychelle Burks, and geologist Jane Willenbring lead viewers on a journey deep into their own experiences in the sciences, ranging from brutal harassment to years of subtle slights. Along the way, from cramped laboratories to spectacular field stations, we encounter scientific luminaries – including social scientists, neuroscientists, and psychologists – who provide new perspectives on how to make science itself more diverse, equitable, and open to all.

INTERVIEW WITH AN ASTRONAUT!

Our Science on Screen program was supposed to start in March. Our first offering scheduled was the film 2001, A Space Odyssey (we look forward to rescheduling this and can’t wait to see it on the big screen!).
On March 6, in anticipation of the showing of this film, Rosendale Theatre Board members Pam Kray and Wendy Saul headed off to Cambridge, MA to interview former astronaut Jeffrey Hoffman. Hoffman, now a professor at MIT participated in five missions aboard the Space Shuttle, including a repair mission to the Hubble Space Telescope. Although the showing of the Science on Screen program will now be postponed, here are his answers to your questions.

SCIENCE ON SCREEN Discussions Online in May 2020

The Science on Screen online discussion series held three successful programs on Tuesdays in  May.  On May 12, we were fortunate to hear from Barbara Sarah (local host of Death Cafes) and Lawrence Bush (Editor Emeritus of Jewish Currents magazine), talk about death and dying in our culture, and themes from the movie, To Dust. The program would have been in the Rosendale Theatre on that day if we were able to screen there, but instead the movie is online and our audience got to hear perspectives on the themes.

One comment after the event was sent to Barbara:
“I was really struck by Barbara’s first comment, that the reason for the protagonist’s (and perhaps the filmmaker’s) interest in decay was really an expression of his fear. Wonder what he might have said had he come to a death cafe meeting. “

Her response:
“The protagonist brings an orthodox perspective with rigid practices and observances to the subject of death. No personal interpretations or contemporary spirituality here, so the imagination terrifies the prospect of what happens to the body which is actually just botanical deterioration. The God of the Old Testament evokes fear of the unknown. We’re just realists!”

On Tuesday May 19, we had a panel discussion with Dr. Maureen Morrow, biology professor at SUNY New Paltz, and Dr. David Esteban, virology professor at Vassar College, moderated by Jim Metzner, host of Pulse of the Planet radio series. The movie we would have paired with the discussion on viruses and how they spread, was Contagion. Since we are actually experiencing the Novel Coronavirus pandemic, the movie, though referenced, was dwarfed by real-life situations. The biologists went through details about the virus and what makes it similar or different to others we have known, and they talked about the history of research and the funding of research as key to a possible vaccine in a relatively short time. Many questions came in through our email and the Facebook Live page. By the end of the 90 minutes of discussion, our Facebook page logged 373 views.

The third event, on Tuesday May 26, would have been the first Science on Screen event in March: a screening of 2001: A Space Odyssey, paired with a discussion on space science and astronomy along with possibility of life in other parts of the universe and the Drake Equation, and changes in the understanding of the universe since the movie came out in 1968. Dr. Daniel Freedman, Dean of the School of Science and Engineering at SUNY New Paltz moderated the discussion, with Dr. Amy Bartholomew, astronomer and Director of the Smolen Observatory at SUNY New Paltz, and Robert “Bob” Berman, author, astronomer and Director of Overlook Observatory, Woodstock, NY.

The Rosendale Theatre will screen 2001: A Space Odyssey when we return to the theater, as we have promised: on the big screen with the big new sound.

The movie is special in the inventory of American and even World Cinema, and we will honor it in this way. Its relationship to the panel discussion was as a springboard for topics that the astronomers would bring to the conversation. Although we did not have astronaut and astrophysicist, Jeffrey Hoffman, at the Facebook Live event, we were lucky to visit him in early March (right before the shutdown), to talk about his experience as an astronaut and as an enthusiastic audience for 2001: A Space Odyssey. His interview is available online at the Rosendale Theatre YouTube page: https://www.youtube.com/watch?v=6WBaNBd09Dg.

Thank you very much, Rosendale Theatre members, fans, audience and volunteers, from the Science on Screen committee…Science on Screen® is an initiative of the Coolidge Corner Theater with major support from the Alfred P. Sloan Foundation.

Science on Screen – An online discussion on Death and Dying (paired with the film, To Dust)

The discussion on death as a part of life and as an intersection between spirit and body, between spirituality and science, was to be paired with the film To Dust (2018), directed by Shawn Snyder and featuring Matthew Broderick and Geza Rohrig. To Dust is available to view online free to Amazon Prime members.

Watch the Trailer: To Dust

An Online Discussion on Viruses: What They Are and How They Spread (Paired with the film, Contagion)

This discussion on the science of viruses, that is now so completely important and necessary, was originally to be paired with the film Contagion (2011), directed by Steven Soderbergh, with all-star cast including Marion Cotillard, Gwyneth Paltrow, Matt Damon, Kate Winslet, Jude Law, and Laurence Fishburne, and is now paired with the real Coronavirus (Covid-19) pandemic. The film, Contagion, is available to view online via HBO and Amazon Prime.

Watch the trailer for “Contagion”

Science on Screen online at the Rosendale Theatre presents: Space. Changes in the Science and the Imagination since 2001: A Space Odyssey
Facebook Live Event on Tuesday, May 26, 2020 at 7 pm

Join us for an online discussion with: Dr. Daniel Freedman, Dean School of Science and Engineering, SUNY New Paltz; Dr. Amy Bartholomew, Director of Astronomy, Smolen Observatory, SUNY New Paltz; and Robert (Bob) Berman, Astronomer, Radio Host, and Author, Earth-Shattering: Violent Supernovas, Galactic Explosions, Biological Mayhem, Nuclear Meltdowns, and Other Hazards to Life in Our Universe.
2001: A Space Odyssey (1968, Directed by Stanley Kubrick, with Keir Dullea, Gary Lockwood), will screen at the Rosendale Theatre when we return to the theater, on the big screen and with our new cinema sound system!
Watch the Trailer “2001: A Space Odyssey”

Science on Screen Comes to the Rosendale Theatre in 2020

The Rosendale Theatre is one of 36 proud recipients of the nationwide Science on Screen® Grant Program. This competitive program is funded by the Coolidge Corner Theatre Foundation and the Alfred P. Sloan Foundation.

Through the grant, the Rosendale Theatre planned to show three movies, each of which will be followed by local experts discussing the film’s content, its relationship to science topics, and contemporary relevance. Speakers were encouraged to share their thoughts on new developments in their respective fields and issues they find particularly intriguing or even controversial. These films are:

In applying for the grant, Rosendale Board members Pam Kray and Wendy Saul sought to find great films that pose questions of current science interest. “We are so excited to receive this grant,” said Ann Citron, director of the Rosendale Theatre. “This fits right into the diversity of our programming and community interests. How science and technology affect our community invites our understanding of STEM  topics more and more, not just in the schools but throughout our town and rural areas.”

“I am deeply interested both in the intersections between creativity and science and in how people learn what they know,” Pam Kray said, “The Science on Screen grant is such a wonderful opportunity for the Rosendale Theatre and the community to explore entertainment as part of the ‘how we know what we know’ equation. I’m very grateful to the foundations (Coolidge Corner Theater and Alfred P. Sloan) for this funding and faith in our theater and community.”

Science on Screen® is an initiative of the Coolidge Corner Theatre and the Alfred P. Sloan Foundation.

Thank you Senator Schumer for supporting the Save our Stages (SOS) Act! @SenSchumer

Thank you Senator Schumer for supporting the Save our Stages (SOS) Act!

Rosendale Theatre Presents Italian Cinema Classics
http://rosendaletheatre.org/2020/12/30/ita…
Available from Jan 20 through Feb 28, 2021 Curated by film professors Ted Folke and Howard Menikoff, who will host a Zoom discussion. There is no additional charge to view the discussion.

Find Us In Rosendale! 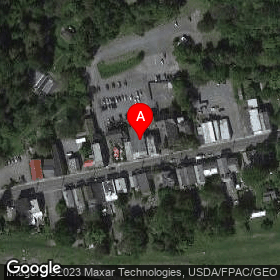